Remarkable Polish painter and graphic artist, a high-profile figure on the Polish contemporary art scene. The only Polish artist who achieved international recognition before transformation (participated eg. in “documenta 7″ in Kassel in 1982). The only artist in Poland who, through his works won wide critical acclaim, appreciation of the whole artistic milieu, and unfaltering popularity across all art consumers’ groups. Uncompromising and provocative, capricious and unpredictable, with devilish sense of humour, he has always evoked polarised reactions and introduced creative ferment, inspiring the youngest generations of artists. Edward Dwurnik was born in 1943 in Radzymin. In 1963-70 studied painting, graphic art and sculpture at the Warsaw Academy of Fine Arts. In 1965, independently of his course of studies, he began his drawing and water colour series. 1996 marks the birth of his “Hitch-hiking” (Podróże autostopem) series, distinctive birds eye view cityscapes, continued until today. After 1970 Dwurnik authored many cycles of paintings. Notably, in 1972-1978, the “Sportsmen” (“Sportowcy”) series was created. “Sportsmen,” a multiple portrayal of the communist Everyman, depicted partly as a caricature, partly as a comic book hero, remains one of the most valued series in his career. His body of work includes 2 series dedicated to tragic destinies of people in the age of political turmoil: “Eastbound” (“Droga na Wschód”),1989-1991, is a memento for victims of the stalinist era, “December to June” (“Od Grudnia do Czerwca”), 1990-1994, commemorates victims of martial law in Poland (1981-1983). Part from painting Dwurnik pursues also drawing and graphic art (independent series as well as illustrations). The Artist enjoys designing monumental painted compositions transforming public space. In 2007 he created drawings and gouaches for “Grocery shop, 360 degrees” (“Warzywniak, 360 stopni”), an animated film by Andrzej Barański. Edward Dwurnik lives and works in Warsaw. 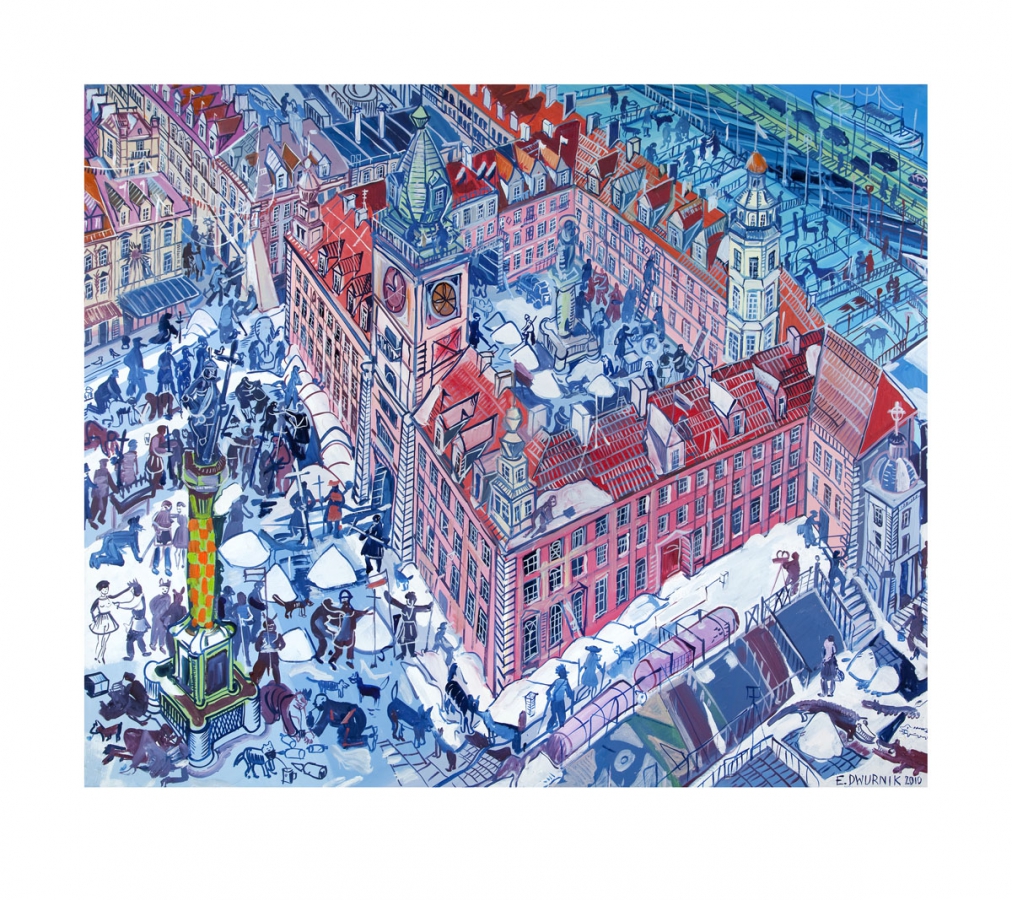 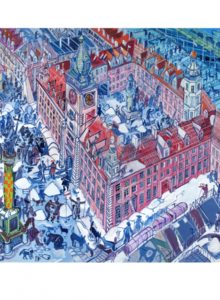