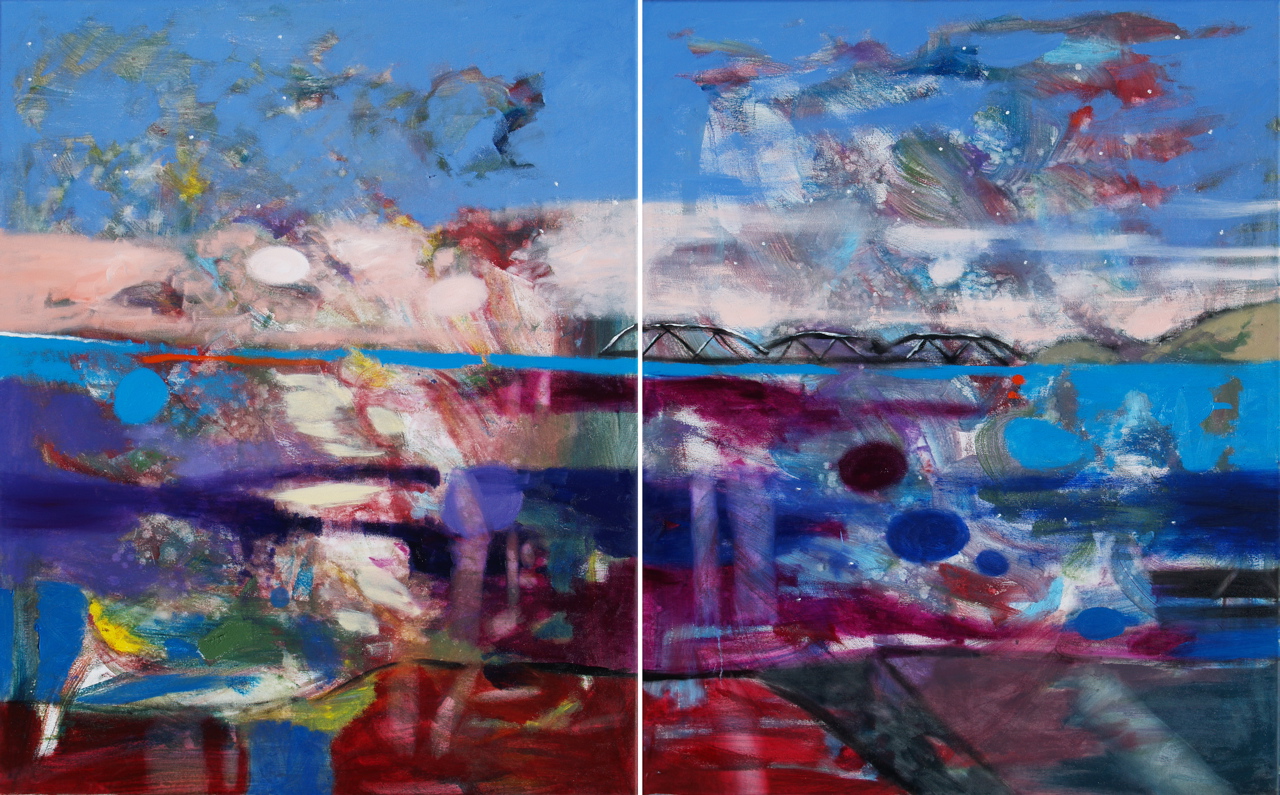 Third Planet, the new series of paintings by Kasia Banaś, is inspired by the poem of the same title by  Tomasz Różycki

“Most of the paintings presented at the exhibition tell the story of the Oder River – the river which I grew up by.  I’ve been at that specific moment  in my life where I am particularly interested  in the influence of memories on who we are or who we become. Also, to what extent memories define our identity?  And if we lose them do we lose some parts of ourselves as well? Third Planet series of paintings shows my “spots” by the river, frozen in moments, and which I wanted to remember such as: the eclipse of the Moon, the unsual almost transcedental shade of light during one morning, or one special dusk which memory of I intended on keeping just for myself.” ~ Kasia Banaś

The art reception event will be accompanied by two artistic performances: A solo musical project by Wawrzyniec Dąbrowski  titled Henry No Hurry:
“One car, and a few musical instruments. No rush, no expectations. Alone with his own eccentricities. It is Henry, or Harry on a different time. Dr Jekyll and Mr Hyde”

The second one will be a recitation by Dariusz Maj, the actor of the Polish Theatre ‘in underground’.