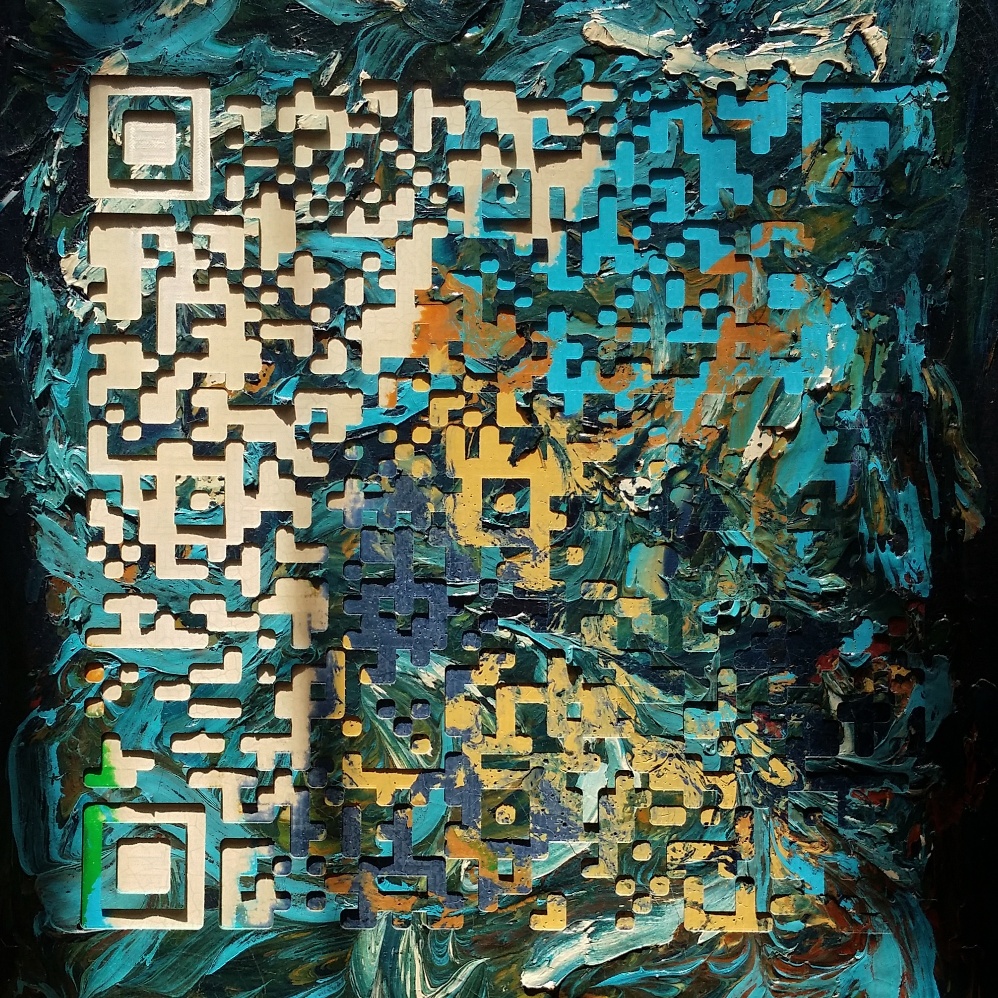 An exhibition of an exhibition of works by the artist Grzegorz S. Tomasiak, who is graduate trainee of University of Śląsk (The Faculty of Fine Arts) in next edition of our project – Platonic Solids. An exposition since 23rd of June for 30th of September in Mleczarnia Café.

Grzegorz S. Tomasiak is an artist interested in the tradition of the Icon painting, also painting at all, graphic, sculpture, graphic design and photography. He does not only paints Icons in traditional way, he is also interested in using new media in this kind of art. Since 2012 he paints Icons in QR code circuit. QR code is a machine-readable optical label that contains information about the item to which it is attached. A QR code uses four standardized encoding modes (numeric, alphanumeric, byte/binary, and kanji) to efficiently store data; extensions may also be used. It is new kind of presentation of the contemporary Icons, where main composition is content hidden in the barcode. Forms constructed by Tomasiak consist text (source material) about the concrete representation on each Icon with an inscription from Old or New Testament Book. Generated barcode painted on Icon is able to be read off by your smartphone app.