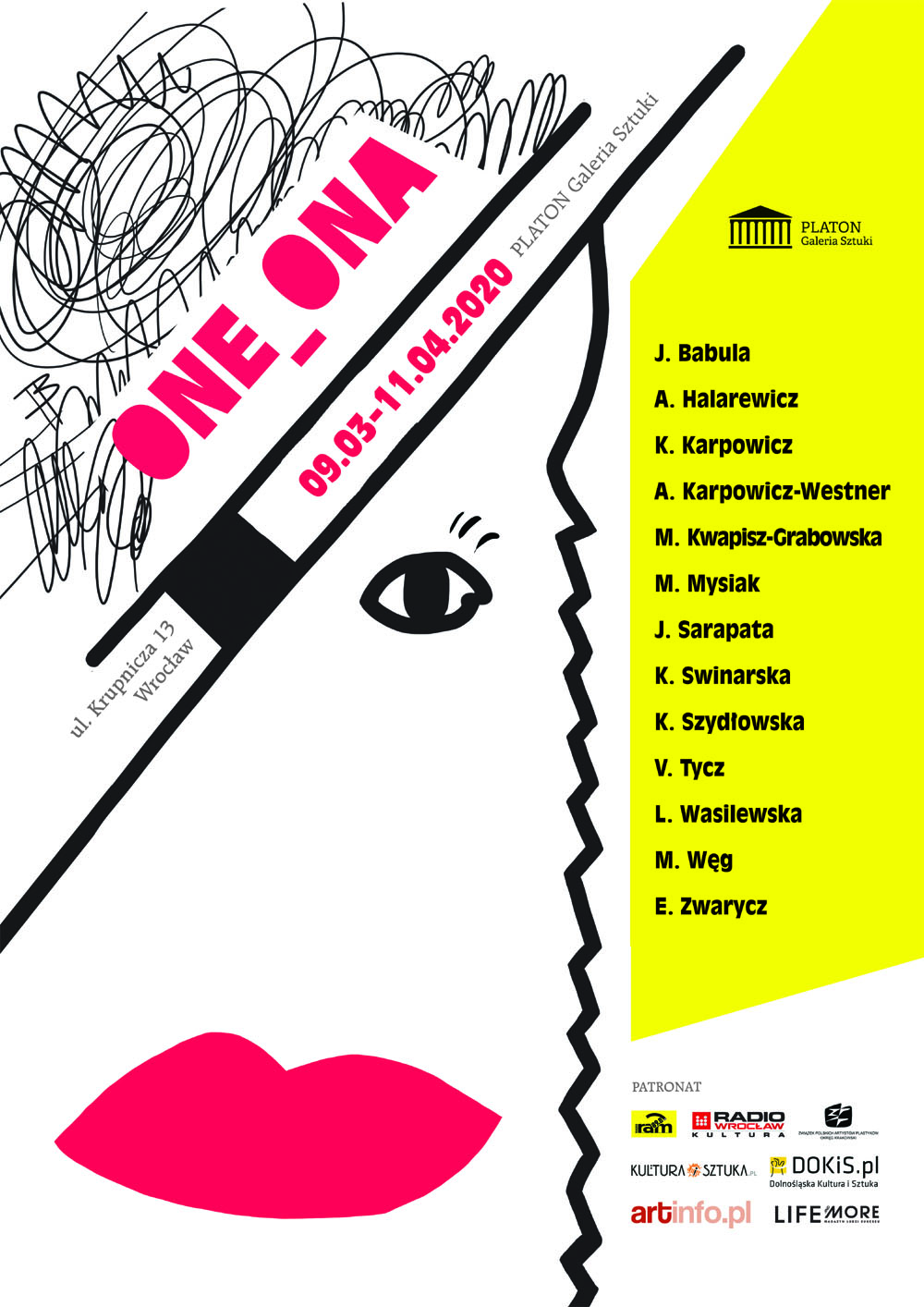 One_Ona or Women_Woman. The Women? The thirteen Polish female artists who represent thirteen different styles and individualistic approaches to their own body of work. What connects, or unites these artists and creates the mutual artistic ground is a-She – Woman. Woman and Femininity. Woman as a theme. Woman as a leitmotif. Woman as a subject and object in art and of their art. However, and in the reference to Epistemology, the relation creator-creation in the latter is ambiguous, intriguing, not to say enigmatic, when Woman-Artist is both the observer and the theme/subject of her own art.

What could possibly happen on the surface of a medium when such a divine union of She-Creator and She-Creation takes place? Metamorphosis? Revelation? Union of Self? In her book „Second Sex” Simone de Beauvoir said that „Woman is Truth, Beauty, Poetry, she is All: once more all under the form of the Other. All except herself”. There lies a bitter-sweet truth, and irony, in the Beauvoir’s words that woman is still perceived and interpreted by society through the already exhausted and outdated yet still common cultural and social codes. On one side, She’s the personification of noble ideals (or quite the opposite, low instincts: such as lust), on the other hand though society (even so called “progressive” one) doesn’t seem to notice, or deliberately refuse to acknowledge, or is simply incapable of determining or describing the identity of Woman, to find her immanence.

So then… Who is Woman? Can we separate the Poetry of Woman as Myth, still persistent and popular in art,  and show her as…Her-Self? A Being-in-Her-own-Right? And what’s more curious and intriguing, do female artists have this advantage over male-artists of getting closer to the very intimate core of Woman-Being because – unlike men – these women-artists are not fixated on so called “Pretty Sex” but experience quite empirically what it means to be Woman and Life as a Woman? These questions inspired and gave birth to this art exhibition, so to speak. And maybe, just maybe will start a different kind of discussion where – as the old fairy tale goes – all of us will break a “cultural gender code” spell society  put on Woman.